The tower with the current configuration

Another view of the antennas.

The transmitter building from high above.

The new WEII-WCOD tower in Dennis. 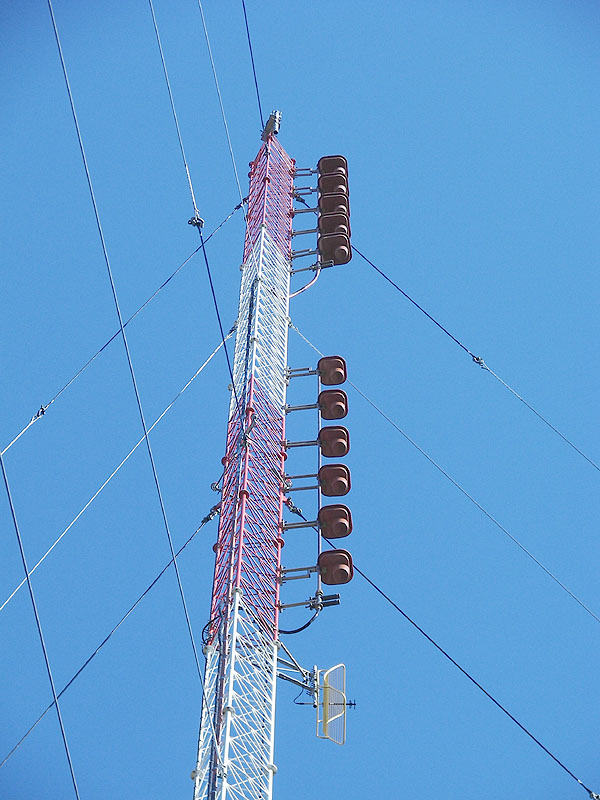 A look at the top half of the new tower. WCOD on top, WEII below.

The new tower location with respect to the transmitter building.

A close view of the new WEII antenna.


Below are pictures of the old antenna/tower on Nantucket prior to the move...
Note: I left the call as WRZE, because when the station was on the island, it was still WRZE.
UPDATED INFORMATION. The tower was demolished.

A little closer view of the top.

Looking up the WRZE tower.

Looking up inside the tower!

The old site where WRZE once stood.